In ordinary life we hardly realize that we receive a great deal more than we give and it is only with gratitude that life becomes rich.  Dietrich Bonhoeffer

It is early morning in Idaho, not quite light out.  And there’s a fresh layer of snow on the ground after last evening’s squall.  It is unbelievable — having four little grandkids, all in one place.  It is high tide and low tide, with the joy of a full cove of ocean to swim in and a low tide beach to scrounge for treasure.  Helen Haskell Remien, e-mail written to friends in early March

As I sat on the bench, slipping my feet into my beloved ski boots, the door to the Forestville cross-country lodge flung open, and in popped a guy, flush-faced and smiling, an acquaintance I know from town and trail.  It was apparent that he was at the end of what I was about to begin, an afternoon adventure in late February, skate-skiing up and down and across the freshly-groomed and ridged miles and miles of tree-lined trails.  It was sunny, crisp and clear, and his words were crisp and clear and sunny as well.  “We are the lucky ones!” he cried out.  “We are the lucky ones!”  And as he sprawled on the floor, stretching his middle-aged body after his long ski, we chatted for a while, about the multitude of outdoor winter-play opportunities available for those who live in Michigan’s Upper Peninsula and the beauty of this part of the world and this sunny day that we both were claiming as our own.  He finished the conversation as he had started. “We are the lucky ones!” he once again exclaimed.

His words were a song, flowed from his lips with a confidence, a joy, an appreciation that was palpable.  I couldn’t shake them off.  They stayed with me, clung to me as if with velcro as I thrust myself up that first grand hill.  We are the lucky ones.  We are the lucky ones.  My heart beat out the rhythm — lucky, lucky, lucky — as I pushed and I glided myself into the hardwood and hemlock and pine forest.  They settled deep inside as I skied my way through that sunny afternoon, these words which had been sung from the lips of a friend, words that seemed to fly in the face of a belief I hold dear, that it is not luck that brought me to this trail on this particular day; that it was an inner calling, a desire to breathe the wintery air and the unspeakable beauty of a forest still blanketed in snow.  It is a vibration we set forth that draws to us what we label as luck.  This is what I believe.  And yet, and yet, these words, we are the lucky ones, I am the lucky one, have sunk into my heart and have remained there, sweet and good and true.  They have been my companion, and I have said them often during these past few weeks as February has spilled into March.

Under my breath, with breath, I said them, these words, as I flew out west over the northern plains a few days after that sunny afternoon ski, as I looked down at the snow-capped Rockies in Montana, as I landed smoothly, safely, joyfully in the land of kids and grandkids.  I am the lucky one.  I am the lucky one.  What are the chances?!?  Two sons, two daughter-in-laws, four grandkids — a kindergartener, a toddler, two babies (two babies at once!) — all of them there in one sweet town in northern Idaho, a town of wide-open and rolling prairie on the edge of the ridges and foothill forests.  And for nine days, in early morning sunlight, I walked among the trees and on the winding country roads and I was the lucky one.  I pet horses on their noses and learned about horses, and, later in the day, played school with a toddler, a baby, a black cat, and a kindergartener who was our teacher and I learned about planets from a five-and-a-half-year old and asteroid belts and stars and my world was expanded and I said it, out loud and to myself, I am the lucky one.  I cuddled with grandkids and my skin sopped it in, the luck, the love, the immense pleasure of living a mindful in-the-moment existence here on earth with a whole universe of possibilities surrounding me and spread out like stars above me.

Can’t it be both?!?  Can’t my vibration hum at a joyous rocket-fueled speed?  Can’t it draw to me amazement and beauty and pleasure?  While at the same time, can’t I say it, that I appreciate it, that I am indeed lucky, that the luck can emerge from this inner humming as it mingles with the outer world?  Can’t it be so, that I appreciate all that I have and all that I am, that my luck does not diminish your luck, that we all can say it, whether the day is sunny and the trail ridge-groomed to perfection or whether a squall is blowing in, stirring up something new, something exciting, something expansive?  We are the lucky ones!!!  We are the lucky ones!!! 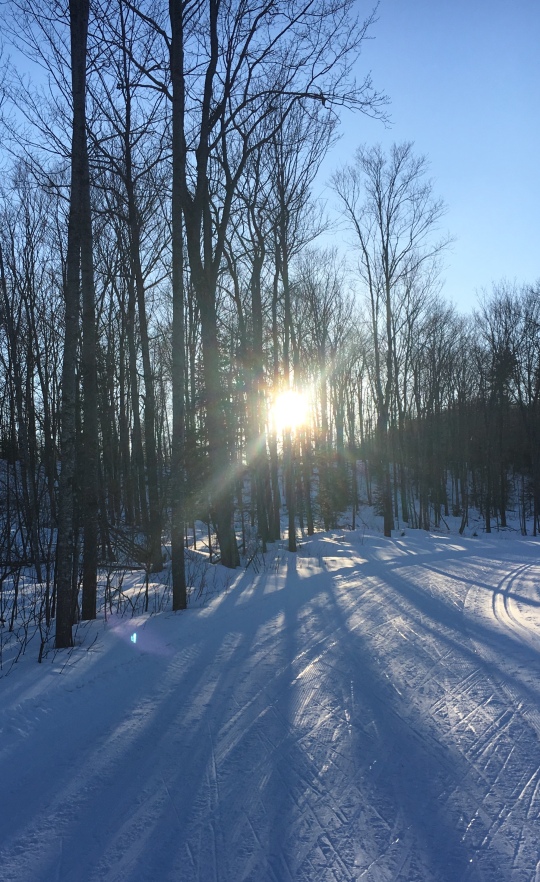 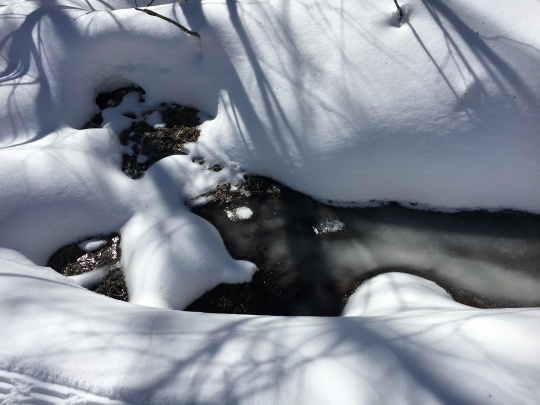 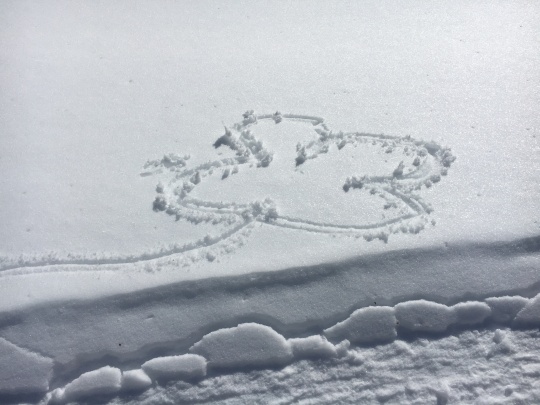