When we try to pick out anything by itself, we find it hitched to everything else in the Universe.  John Muir

I will follow my instincts, be myself for good or ill, and see what will be the upshot.  As long as I live, I’ll hear waterfalls and birds and winds sing.  I’ll interpret the rocks, learn the language of flood, storm and the avalanche.  I’ll acquaint myself with the glaciers and wild gardens, and get as near the heart of the world as I can.

The mountains are calling and I must go.  John Muir

For a week, he was all I could talk about.  It was as though I was consumed by a junior high crush.  I would lasso my friends at the farmer’s market, my sons on the phone, even my husband, who didn’t seem to mind that his wife was obsessively declaring her love for another man.  And I was — unabashedly, passionately declaring my love. “You can see the fire in his eyes!” I swooned to whoever would listen.  “I have never heard of anyone with more gusto for living.”  I added with conviction.  And then I would proceed to share snippets of his story, and by the time I was through, whoever I had held captive with these snippets also had fallen in love with him.  And my husband, he was on the band wagon too, lit up with infatuation for my new crush.  And who is he, this guy who ignites our own passion with his over-the-top enthusiastic fervor?  He’s John Muir.  And, although I have known of John Muir for years, have quoted him on many occasions, it was in the most unexpected of ways that my mere acquaintance became a fiery friendship.  It was PBS that brought us together, and the Ken Burns’ film series, The National Parks: America’s Best Idea.

What is it about John Muir that makes me cry out, “I love him!  I just love him!”?  What pushes me over the edge from admiration to infatuation?  Sure, I admire his keen intellect and engineering mind, the way that he brought this inventiveness and leadership into the factory jobs he held in his twenties, a creativity that historians tell us could have made him into another Thomas Edison if he had chosen to stay in industry.  And I also admire that he was the one who gave birth to the Sierra Club, and preserved Yosemite and ultimately made it a National Park, and brought attention to many other wilderness areas that also became National Parks.  I admire the detailed attention he gave to the natural world in his journals both with drawings and with the written word.  I admire so much.  But it is something else that brought him alive for me, that made him a friend for the ages.  It was his enthusiasm that tickled my fancy.  No, not just enthusiasm, wild unbridled enthusiasm.  One historian described Muir as often being in a state of bezerk rapture.  Bezerk rapture!!!  How many of us allow ourselves even to come close to such a state?  He rambled through the Sierras for weeks on end, climbed swaying trees in thunderstorms to feel what it was like to be the wind.  He listened to the rocks sing and the water sparkle and he felt the spirit in this living breathing planet of ours.  And he shared this enthusiasm with others and and he fought to preserve the land’s natural beauty and he shared it with us through his writings and through the wild spaces that he loved, spaces that now, thanks in great part to his efforts, are forever wild.

On one occasion, as an older man, weakened by cough and not enough wilderness, he traveled to Mount Rainier in the state of Washington where he camped with two younger companions in an alpine valley with the volcanic snow-covered cone looming above them.  He was captivated by the view, and, when the two young men set off to summit the 14,000 foot peak, he impulsively joined them and found himself, at times, leading the group, encouraging them upward.  “Did not mean to climb it, but got excited and soon was on top,” he wrote to his wife.  Don’t you just love that?  Don’t you just want some of his enthusiasm?  I know that I do!  For years in yoga sessions, I would read quotes by Muir, about the thrilling tingling waterfall of life flowing through us, and lying there, in savasana on my mat, I would feel it, a waterfall as mighty as Bridalveil Falls in Yosemite, flowing right through me.  That’s what I want to tell you, that we don’t need to hike the high Sierras in John Muir’s nail-studded shoes to feel bezerk rapture.  He reminds us in his writings and in his enthusiasm for living, that it is within us all along, this glorious god-filled wilderness.  And sometimes it is in hiking through the forest or sitting beside a great lake or swimming in the ocean waves that we find this inner sanctuary awakened.  And sometimes it is on a yoga mat or standing in front of an easel with paints or watching a good movie or playing with a child that we sense it, that maybe we, too, can be filled with bezerk rapture.

I don’t believe that we born into these lives to play small, to cower at the feet of the mighty swaying trees.  I believe that we were meant to dig down deep and to uncover whatever lights us up, and to go with it, whatever it is, and to trust its energy as it rises to the surface, to have fun with it.  This past week, the thing that lit me up was most unexpected.  It was John Muir. 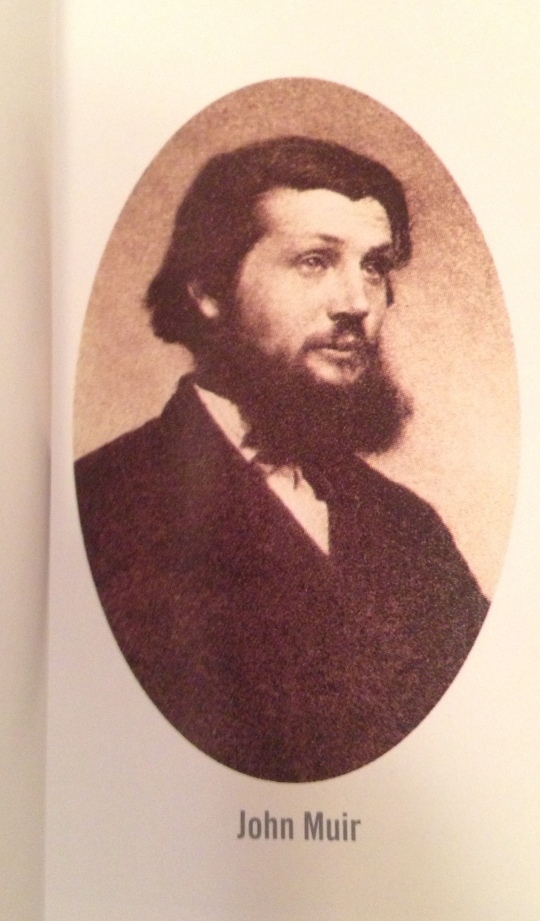 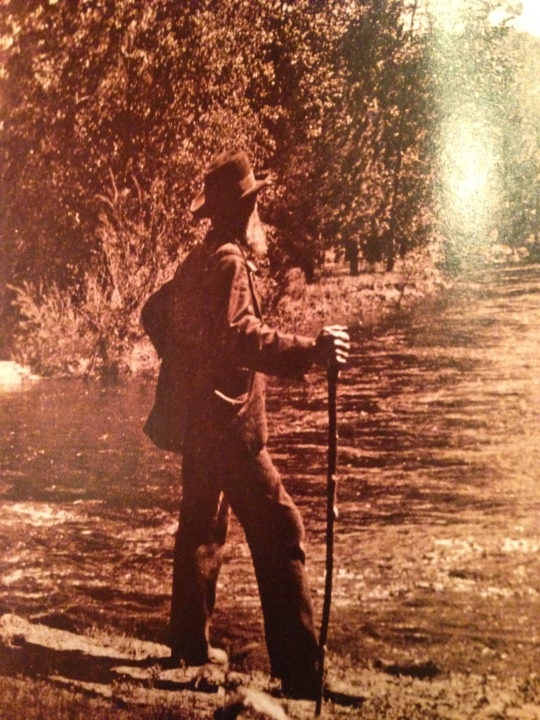 Comments Off on Bezerk Rapture