That “thing” at the bottom of your heart

What is that thing that lies at the bottom of your heart?  Sue Monk Kidd

A valuable secret that you once knew but then lost is on the verge of resurfacing.  Be alert for it.  Robert Brezsny

The storyteller was Sue Monk Kidd, best-selling author of The Secret Life of Bees, and she was being interviewed by Oprah Winfrey on an episode of Super Soul Sunday that aired this past April.   The two of them were sitting in wicker chairs in Oprah’s backyard under a grove of big sprawling trees and the atmosphere seemed fresh and springtime sweet and I was mesmerized by the story that unfolded.  I don’t remember what Oprah had asked, something about living a soulful life.  And the question, whatever it was, transported Sue Monk Kidd back in time to a trip she had taken several years ago with a group of women to sacred sites in Greece.  As the women gathered around an oracle deep in a rock cave, their guide, a nun whose English was shaky asked them a question and told them to pause and listen for the answer: “What is that thing that lies at the bottom of your heart?”

When sharing the story with Oprah and with all of us who were watching the interview on television, Sue Monk Kidd added that she thought the nun simply had meant to ask “What is it that you want, deep down in your heart?, but Sue had been enamored with the wording of the question, which had caused her to wonder what it was that was lying at the bottom of her own heart waiting to be discovered.  And, while standing on sacred ground with these women as her witnesses, when she asked herself the question, the answer immediately rose up from her heart’s depth in a voice she heard loud and clear.  “I want to write a novel!”  This “thing”, a novel, that had been lying at the bottom of her heart was a complete surprise.  She had been writing non-fiction for years but it hadn’t occurred to her that, at a soul level, she was longing to write a fictional story.  And shortly after this trip to Greece, she began the soul-satisfying process that eventually led her to write the novel, The Secret Life of Bees, which has sold over three million copies.  And sitting there with Oprah, under the sprawling trees, she proceeded to tell Oprah that she thinks this is an important question for all of us, that, if we would pause and travel inward, we’d be surprised by the “things”, the gifts that lie deep down at the bottom of our hearts waiting for us to unwrap them.

The week after watching this episode of Super Soul Sunday, I brought Sue Monk Kidd’s question to the yoga sessions that I guide at Joy Center, asked it to myself and to the rest of the yoginis as we lay on our backs with our hands on our hearts.  I thought maybe an answer would rise up for me in the same way it had sprung into consciousness for Sue Monk Kidd on that long-ago retreat in Greece.  When I ask myself questions like: “What brings you most alive, Helen?!?” or “What is it you that you really love at this time in your life, in this very moment?!?, the answers bob to the surface with the force of something that simply can’t be suppressed.  I’m good at asking these questions and I’m good at listening.  But this was different.  Nothing sprung up for me that night, no clear “thing”.  And yet, it didn’t feel empty down there at the bottom of my heart or distressing that whatever it was that was lying on my heart’s floor didn’t immediately unwrap itself for me.

It has been a busy three months since that evening that I watched Oprah and Sue Monk Kidd mulling the  question of what constitutes soulful living.  My husband and I have traveled to Istanbul for a week that was cloaked in the richness of east mingling with west, of the ancient ways dancing with the present days, of gift-moment after gift-moment offering itself up for our pleasure.  And we returned state-bound from this amazing trip to attend the wedding of our son to his beloved under a huge tree on a lush humid mid-May afternoon in Knoxville, Tennessee’s arboretum.  And soon after, for six weeks, we delighted in the company of our other son and daughter-in-law and two-year-old grandson visiting us from Moscow, Idaho where they are setting down roots.  And just a few days after they left to go home, we flew west to join them, to lend our helping hands as they gained possession of their first home — and, at the same time, to welcome newlywed other son and daughter-in-law to the same Idaho town where they too will plant their roots.

And isn’t all of this soulful living?!?  To feel your feet dancing down the cobblestone alley-streets of Istanbul, Turkey, to bear witness to a son’s wedding, to welcome a new daughter-in-law into the family, to play for hours on end along Superior’s shores and in playground after playground with your kindred- spirit grandson, to be present to celebrate with your grown children as they reunite in the same western town in the Panhandle of Idaho.  It has all been so good.  And the question — “What is that thing that lies at the bottom of your heart?” — I remembered it now and again and it was a pleasure remembering it, envisioning it, that “something” that is lying there waiting to be discovered.  It was a delicious secret — even to myself — that I carried with me through all of the busy-ness of the past three months, that I still carry with me into mid-summer.  And this is what I suspect, that this “thing”, this next passion, this next project, this next desire, it is waiting for me to claim a quiet moment, the perfect moment, and then it will rise to the surface, all unwrapped and crystal-clear and ready for me to take action. 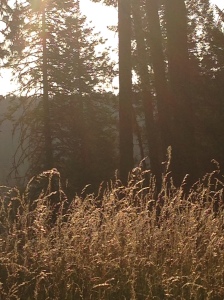 Comments Off on That “thing” at the bottom of your heart